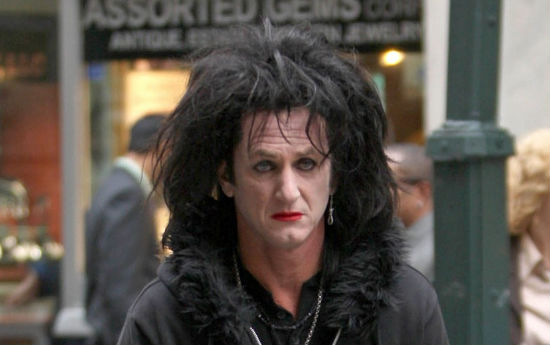 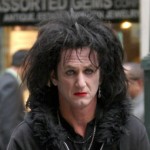 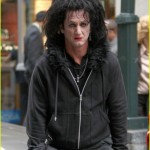 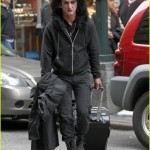 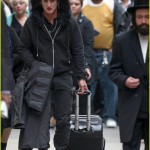 This must have been the most bizarre character he has ever played. The look he has worked on has been something that has got the industry buzzing as well. He does not work in anything banal and looks out for interesting stuff to dig his teeth in. He had sought out Paolo Sorrentino ever since he saw Il Divo at the Cannes. The director worked on a script that would be tailor made for Sean Penn.

This Must be the Place is the film that has come out from all that brain storming. Sean Penn plays a bored retired rock star sets out to find his father’s executioner, an ex Nazi war criminal who is a refugee in the US. The first look of Sean will come as a shock to some people and will make every make over look like nothing. This will be surely a film we will be watching out for in the coming months.

Cheyenne, a wealthy former rock star (Penn), now bored and jaded in his retirement embarks on a quest to find his father’s persecutor, an ex-Nazi war criminal now hiding out in the U.S. Learning his father is close to death, he travels to New York in the hope of being reconciled with him during his final hours, only to arrive too late. Having been estranged for over 30 years, it is only now in death that he learns the true extent of his father’s humiliation in Auschwitz at the hands of former SS Officer Aloise Muller – an event he is determined to avenge. So begins a life-altering journey across the heartland of America to track down and confront his father’s nemesis. As his quest unfolds, Cheyenne is reawakened by the people he encounters and his journey is transformed into one of reconciliation and self discovery. As his date with destiny arrives and he tracks down Muller, Cheyenne must finally decide if it is redemption he seeks

Penn will be next seen in the excellent Fair Game, which did not get a lot of praise at the Cannes film Festival this year. It will be releasing on November 19 th. He will be also seen in the hugely anticipated Terrence Malick film The Tree Of Life next year.