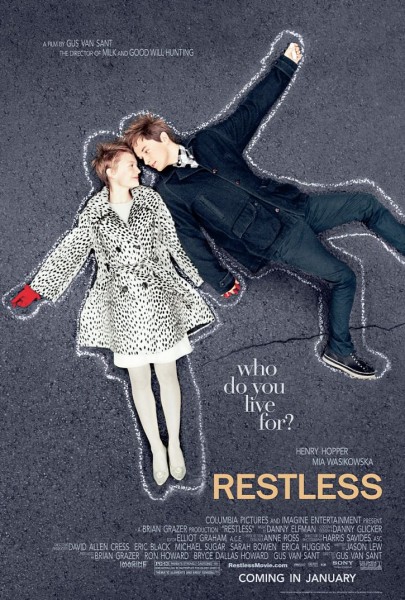 The trailer for the film did not bring in much buzz. It was a little simple too the people’s taste. It looks like a little more mature version than Hereafter. The script is based on Jason Lew. He was a friend of Bryce Dallas Howard in college. The film is produced by Ron Howard.

The film stars the Mia Wasikowska who got a lot of eyeballs for her work in Alice in Wonderland. Ryo Kase, Jane Adams, Henry Cooper also join the cast. The film will be coming out on January 28 th 2011.

The story of a terminally ill teenage girl, who falls for a boy who likes to attend funerals and their encounters with the ghost of a Japanese kamikaze pilot from WWII.

Check out the first official poster from the film and tell us what you think.