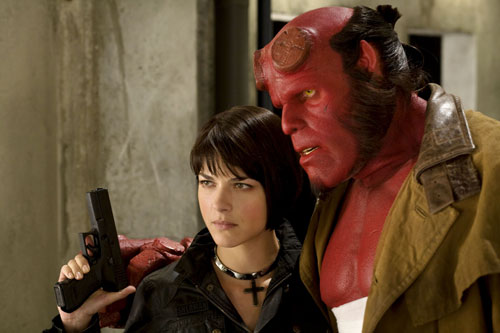 Ron Perlman will have to wait for his chance to play Hellboy once again. He can still look forward to some other releases in the pipeline. One of them is an independent thriller in the form of Crave. The film will be directed by debutant Charles de Lauzirkia.

The film centers on a troubled photographer whose dangerous visions wreck havoc when a young woman played by Emma Lung ends and he is pursued by a world weary detective Perlman. Josh Lawson will play the troubled photographer without any trouble. This is will be some good casting choices Ron Perlman with a cigar in his hand will really look the part for this one.

The film will be written by Robert Lawton whose last contribution is the lesser known Sex and Sushi. Charles de Lauzirkia is known for his work on Blu Ray collector editions and stuff. So here is wishing a good chance with his debut film.