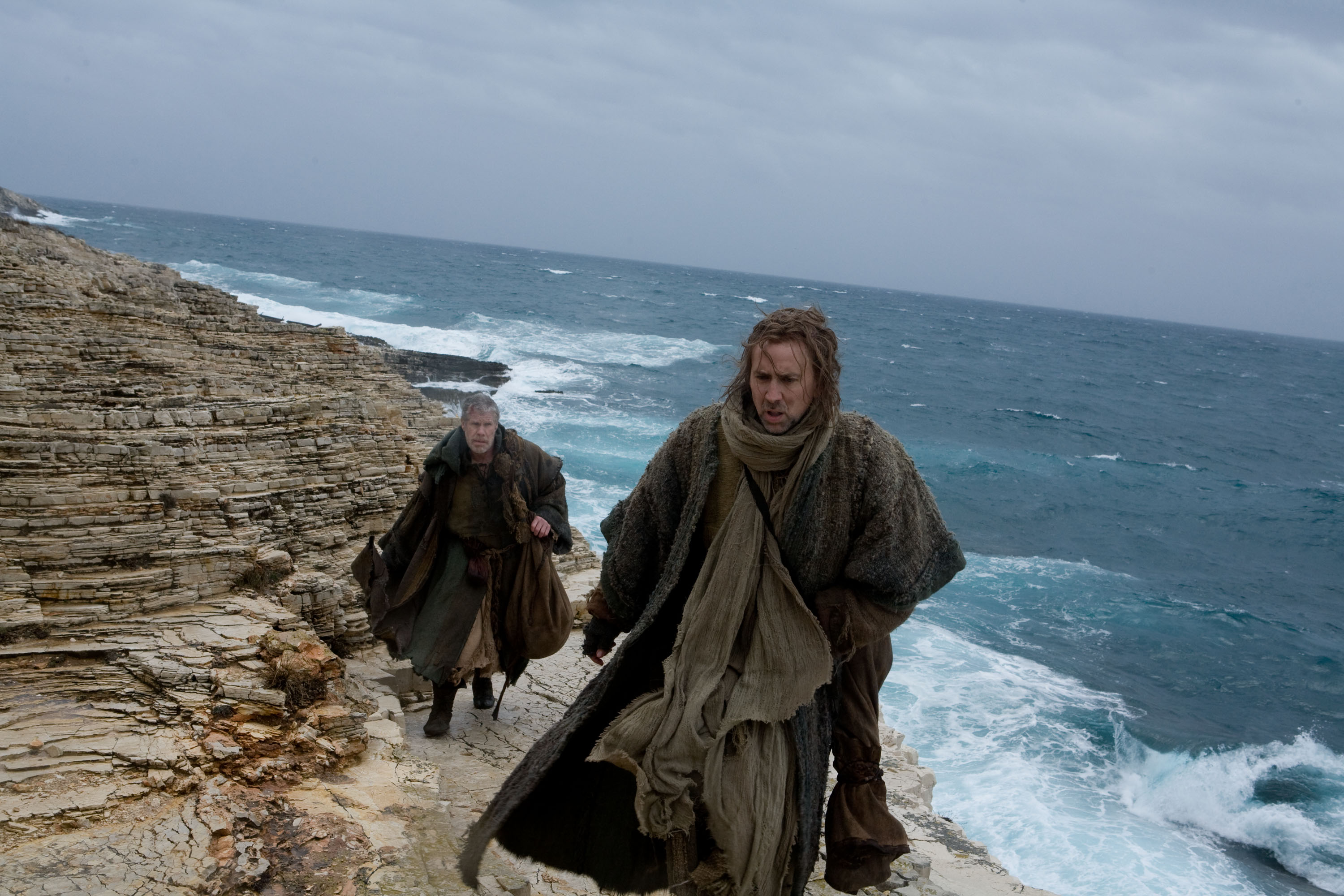 First Look: Nicolas Cage in Season of the Witch 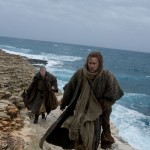 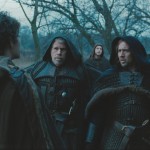 The film has been in the news for all the wrong reasons. Nicolas Cage has been hard at work in a handful of projects to clear his debt. The film was initially said to come out in March, but then it was pulled back in front for a January 7 th 2011 release. This will leave very little time for the publicity of the film.

The cast also includes Ron Perlman acting alongside Nicolas Cage for the first time. The story centers on 14 th century knights who must transport a suspected witch played by Claire Foy to a monastery.

A supernatural action adventure about a heroic Crusader and his closest friend who return home after decades of fierce fighting, only to find their world destroyed by the Plague. The church elders, convinced that a girl accused of being a witch is responsible for the devastation, command the two to transport the strange girl to a remote monastery where monks will perform an ancient ritual to rid the land of her curse. They embark on a harrowing, action-filled journey that will test their strength and courage as they discover the girl’s dark secret and find themselves battling a terrifyingly powerful force that will determine the fate of the world.

The years of brutal warfare in the name of God have stripped Behmen (Cage) of his taste for bloodshed-and his loyalty to the Church. Looking forward to a quiet retirement, Behmen and his comrade-in-arms Felson (Perlman) are bewildered to find their homeland deserted, unaware that Europe has been decimated by the Black Plague.

While searching for food and supplies at the Palace at Marburg, the two knights are apprehended and called before the local Cardinal (Christopher Lee) to explain their unscheduled return from the East. The dying Cardinal threatens the pair with prison for desertion, unless they agree to a dangerous mission. The Cardinal’s dungeon holds a young woman (Claire Foy) accused of being a witch who brings the Plague with her. They can redeem themselves only by accompanying the girl to a distant abbey where she is to stand trial.

The girl’s brutal mistreatment in prison and powerlessness against the accusations of church officials move Behman. Convinced she is merely a convenient scapegoat and fearing she will be condemned without a fair hearing, he agrees to escort her on the treacherous journey.

In addition to his loyal companion Felson, he is accompanied by a well-traveled conman who knows the countryside (Stephen Graham), an eager young man who aspires to knighthood (Robert Sheehan), a bitter knight who has lost his family to the Plague (Ulrich Thomsen) and a naïve priest (Stephen Campbell Moore).

The route is long and arduous, made even more challenging by increasingly disturbing events, and takes the group through uncharted territory, across sheer-walled gorges and deep into wolf-infested forests. One by one his fellow travelers meet with misfortune, and the embattled Crusader finds himself facing his most terrifying adversary.

Check out the trailer and the new images from the film and tell us if you will watch this film.