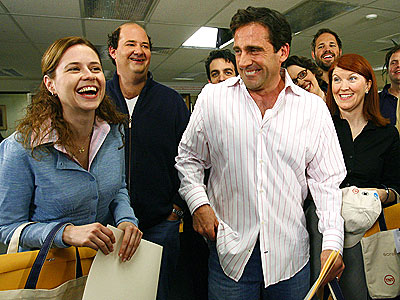 Steve Carell up for a Golf Comedy next Missing Links does sound like something Will Ferrel should have taken up. Steve Carell could get annoying after a little while. His range is sometimes a little limited in the comedy genre. I actually hated him in that Bruce Almighty follow up. Then recently has been working too hard to get his act straight. The Office is a sure fire hit for him but after that nothing seems to click.

Now he is signed to make Missing Links, a comedy set in the world of golf about a player angling for a better place to drive his balls. The book is written by Rick Reilly and tells the story of a group of bumblers who, after playing for a run down municipal golf course in Boston. Now they try to hatch up a plot to make sure they can play at a more elite club. The film is written Reilly who is known for his work with George Clooney in the Leatherheads.

There has been a renewed interest in Golf movies in the past couple of years. But very few have been really good. Hopefully this will change everything.