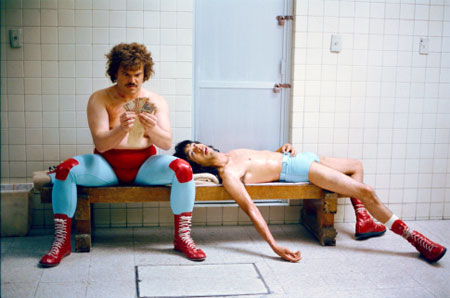 Jack Black has been having a bad time in the last couple of months with really silly releases. His upcoming slate is also not too interesting. So his combination with Richard Linkater called Bernie will be eagerly awaited.

He will now team up with the guy who launched his career Richard Linklater. The film will also star Shirley MacLaine as well. The film is based on the Texas Magazine article called Midnight in the Garden of East Texas. It was written by Skip Hollandsworth, whose work has spawned a number of big and smallscreen projects.

The film will centers on the titular character, a Renaissance man, a community leader, a mortician who strikes up an unlikely friendship with a wealthy widow that leads to fatal consequences. The filming will begin in October in Texas. I can bet most of you were laughing while reading this synopsis. The film will be perfect for Jack Black and his antics.