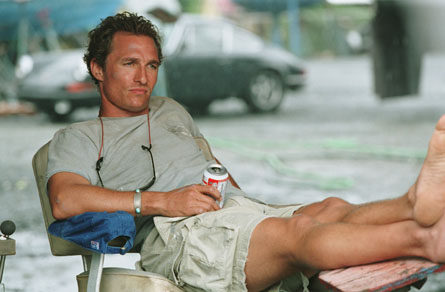 Richard Linklater is hard at work on his next film, which will see him team up once again with Jack Black called Bernie. It will be another black comedy hopefully not in the lines of Bad New Bears. The film will also star Mathew McConaughey who was last seen in Dazed and Confused.

Jack Black will stars as a mortician who befriends and murders a rich widow played by Shirley MacLaine, and then tries to keep her death a secret from the community by pretending that she is still alive. McConaughey will play the role of a district attorney.

So it will be fun to see Mathew going back to his old ways and joining his Tropic Thunder co star Jack Black. The studios will find this an easy sell after a string of projects that have fallen through for the director.