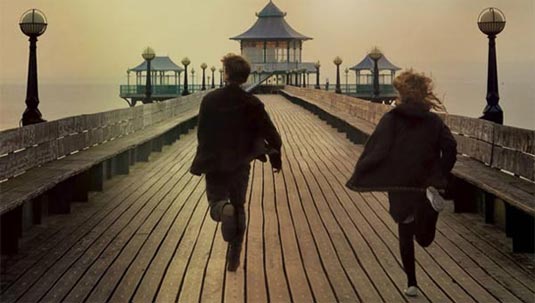 Review: Never Let Me Go is a good wakeup call Technology is still uncertain and out to change everything we hold dear. There are lots of people wishing for things to be the way it was before. There is also this affinity towards alternate realities that makes for pleasurable viewing. It takes a brave man to bring out a story like Never Let Me Go. The book was written by the famous Kazuo Ishiguro who is known for his minimalistic style.

The director Mark Romanek also takes this style up a notch and leaves very little room for things to enter the melodramatic regions. The vision is bleak and it is an alternative future where people have been used as vessels for treatment. The film is handled with such and sheds light on the consequences of the technology and leaving our whole body bare and lifeless. Many critics were not taken by this sparse style incorporated by Mark Romanek. The story begins to flow in the Cottages portion and the understanding among the donors and carers will take some time to digest for the discerning audiences. But this is not the case for those who have already read the book.

The idea of dystopia has been always misconstrued by many great directors. Story tellers have fashioned the concept with a lot more understanding. It is probably the first time a director also plunges into the ideas of a world very similar to our own. He was also given enough opportunity to look into ideas of Originals another concept from the book quite well. There is also a lot of room for the idea of the soul to take a center stage in a movie so subtle yet dangerously closing to an end.

The film begins in Halsham where everything goes on with not much attention to what really happens out there. The kids live simple lives and don’t question their purpose or even existence. Their breeding for reasons revealed later on is impeccable. They are all outsiders made in the images of lesser known people.

Most of their adult lives are spend in Cottages. This is where they wait for things to happen. They seem to be like mammals and less human. They ape human actions, emotions to get a chance to feel like one of them. They thirst for the knowledge of their originals. An original is someone made in their image. It is a convoluted biblical reference, which the director gets away with quite easily.

The next stage of their adult life is the part of a Carer. They care for the Donors before they can be donors themselves. There is a great deal of pride in this vocation that comes as a shock to some. The idea of misery excites these fledglings. They are happy at being good at their work.

It is in the Donor stage when everything turns into a vicious cycle. Man always sees his own as a spitting image of himself while God makes man in his own image. It is in this ideology the rest of the film confides with the audience.

It is in the closing moments we get to see a glimpse of freedom. But in this world freedom is given a resting place. It is washed away on the shores of greed and hopelessness. Kathy H played by Carey Mulligan and Tommy played by Andrew Garfield will tear us into bits and hopefully the dregs of what is left of us will make us better humans.