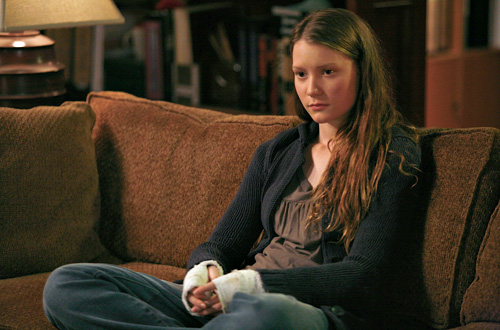 Restless has been in the news for some time. Gus Van Sant has this idea of making a teen romance for sometime. The 19 year old Australian actress Mia Wasikowska who will be next seen in the Tim Burtonâ€™s Alice In Wonderland will play the main role in Gus Van Santâ€™s Restless. It will be a teen romance something that will be pleasing than his last offering which was exceptional nonetheless. Restless will be dark coming of age drama adapted from a play written by newcomer Jason Lew who will also be writing the screenplay.

It will also deal with a lot of teenage angst and unflinching sense of morality. This should be in the same lines as the last couple of films from the director like Elephant and Parnoid Park. This will be a good direction to go into. It wonâ€™t be like Milk in anyway but a smaller affair. Jason Lew was recommended by Bryce Dallas Howard after she had seen Jason Lewâ€™s work at film school. But they are still looking for a male lead for the film. Best luck on that.