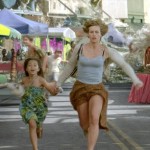 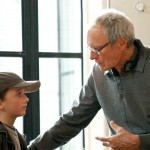 Clint Eastwood has sort of lost track with his new film Hereafter. He is trying to make a hit for the studios and has lost a flair for storytelling in this sickly sweet film. The film stars Matt Damon, Cecile De France, Frankie McLaren, George McLaren, Jay Mohr and Bryce Dallas Howard.

The new film tells the story of three people who are haunted by mortality in different ways. Matt Damon stars as George, a blue collar American who has a special connection to the afterlife.

The other character in the film is Marie who is a French journalist, has a near death experience that shakes her reality. The third character is Marcus a London school boy, who loses the person closest to him, he desperately needs answers. So the three of them are on a quest for answers and truths and to what end we will have to find out.

Check out the images above and tell us whether you think this film will be worth it.