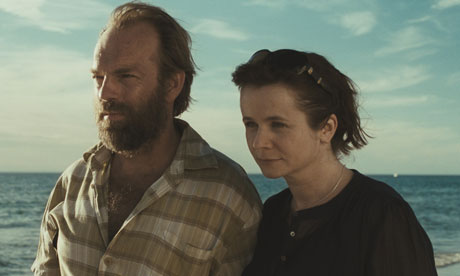 Jim Loach is getting ready to show his Oranges and sunshine He is the son of Ken Loach and will be screening his first film at the Rome International film festival. He has been mostly working on TV. Jim Loach has got a really good cast in the film as well.

Hugo Weaving and Emily Watson will play the main characters in the film. It will touch upon similar social consciousness territory as his father’s oeuvre. It tells the story of the former Nottinghamshire social worker Margaret Humphrey played by Emily Watson who in the 1980s discovered the scandal of 130000 children in care deported to Australia and other Commonwealth countries where they faced physical and sexual abuse.

The film was scripted by Rona Munro and is based off Margaret Humphrey’s book called Empty Cradles. Humphreys, who acted as an unofficial adviser to the film said, “It is very faithful interpretation. It is strong in its understatement.

The film will be premiering at the Rome International Festival on October 26 th and November 5 th and will hit theaters in the UK next spring.