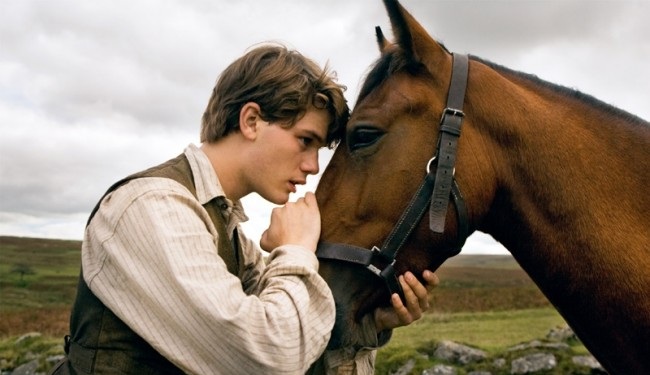 Trailer Watch: Steven Spielberg is back with War Horse Steven Spielberg is getting the right vibes out for his latest film called War Horse. The film has taken very little time to come out on the screen. Steven Spielberg will have two movies coming out this year.

The cast of the film is another interesting factor. He has got Emily Watson, David Thewlis both absolute jems. Then there is Peter Mullan, Neils Arestrup, Tom Hiddleston, Jeremy Irvine, Benedict Cumberbatch, and Toby Kebbell.

Steven Spileberg has been losing himself for a long time with his ambitious Tin Tin project. But he is also looking to make something meaningful in the backgound as well. It is based on the book by Michael Morpurgo and it was also staged by tom Morris and Marianne Elliot.

The film will deal with the remarkable friendship between a horse named Joey and a young man called Albert, who tames and train him. When they are forcefully parted, the film follows the extraordinary journey of the horse as he moves through the war, changing and inspiring the lives of all those he meets. There will be an emotional climax that will make this really worth the wait. I had almost given up on Spielberg, but there is something in this that makes it special. Tell us what you think of the trailer will you on board for this one.