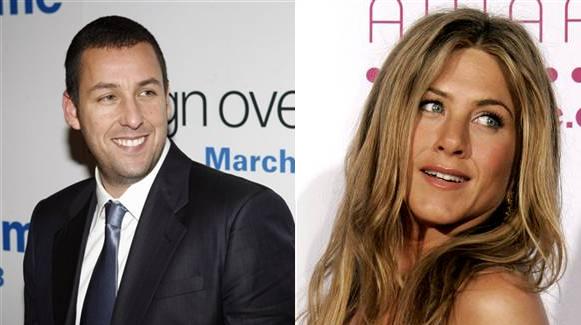 Columbia Pictures has finalized the cast for the next Adam Sandler movie. His co star in the film will be Jennifer Aniston. It will be a romantic comedy called The Pretend Wife. The film will be directed by Dennis Dugan from Happy Gilmore. But the story of the film is kept under wraps for the time being.

The film will be about an imaginary wife and Aniston will play Sandlerâ€™s stand in wife for some reason. The film is expected to release sometime in 2011. Probably during Valentines Day so that will make the crowds jump in for this one.

Adam Sandler has been having a pretty dull form with his last couple of films kind of under performing. I think he needs the help of Drew Barrymore once again to see him through this lean patch.