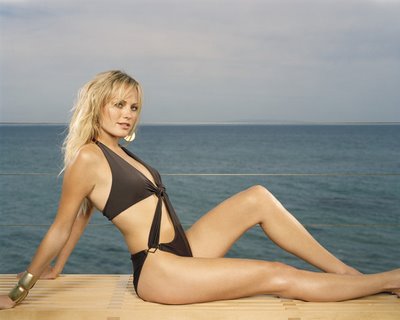 Malin Akerman will also be part of Wanderlust The cast of this film is getting sexier by the day. Yesterday we had reported that Lauren Ambrose was part of the cast. Now we have Malin Akerman also joining the party.

The two of them will be starring alongside Paul Rudd and Jennifer Aniston. It is project written by David Wain and Ken Marino and produced by Judd Apatow. The director of the film has still not been finalized.

The film will center on a married couple who try escaping modern society by moving from New York to a commune. All the rudeness associated with the high fliers will surely not go down well with the out of city dwellers.

The filming is expected to start soon.