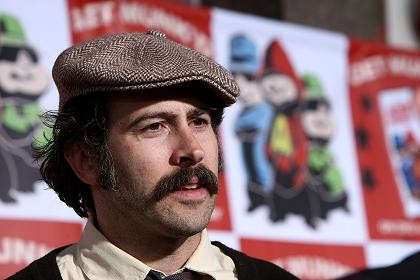 Jason Lee sets up a comedy Get Back Jason Lee was for his roles in movies of Kevin Smith. He then went into television and became a rage with the show called My Name is Earl. Now Jason Lee plans to take off his moustache once and for all. He will be hanging boots so that he can be behind the camera for a little while.

Jason plans to direct his first feature titled Get Back; surrounding two music obsessed friends who time travel to 1966 London. In London one of them gets stuck between a love triangle with John Lennon and Yoko Ono.

The story is really hilarious. But I just he gets on it as soon as possible. There is really no word on the casting of this film. But everyone seems to be excited about the story of the film. Jason Lee will be all tidied before he embarks on this venture.