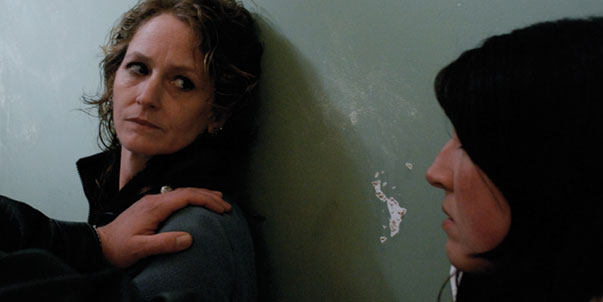 Kevin Smith gets his cast ready Red State is officially ago with a casting coup on the rise. The film will be shooting as soon as September and the lead role has also been thought of. The supporting cast has come with full force on this one.

The cast will include Dermot Mulroney, Kyle Gallner, Michael Angarano, Stephen Root and Melissa Leo. Leo has been around this project for some time now.

Here is what Smith had to say about the project.

For the first time since Clerks I’m trying to go, not unknown, but actors who aren’t like, you’re gonna see them on screen and not know their name…it’s a weird kind of in between neither place that I’m reaching for. It’s not complete unknown and it’s not remotely f***ing recognizable, name recognizable…It’s really tough to find actors whose name you don’t know.

The casting is something for him to cherish and get the best out of. Leo is the one who has been a terrific run with films like Frozen River and the recently concluded first season of The Wire. She also has the likable Welcome to the Rileys coming soon. She is just a great character actor to follow. This is the only reason I’ll join the Red State.