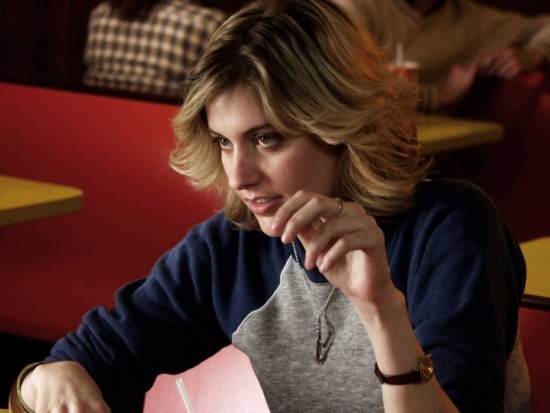 Greta Gerwig gets to work with Natalie Portman After playing lot of obscure roles in the independent movements: Greta Gerwig got a chance to work with Ben Stiller in another independent film called Greenberg. The film didnâ€™t do much for her stardom. But it quietly has given her some respectability in the industry. Now Ivan Reitman the man behind horrible films is planning to take Natalie Portman and Ashton Kutcher in an untitled romantic comedy.

This will be probably a break away for Natalie Portman who is working on Black Swan for the time being. She will need a break from all the high drama she went through in that film. This will be the reason she might even give when she does the press for this untitled project. Ashton Kutcher is really jobless in the last couple of months not really churning out hits like before. Greta Gerwig has now joined this foolish bunch to make something out of it.

The film is about two friends played by Natalie Portman and Ashton Kutcher Emma and Adam, who meet up regularly for uncomplicated sex. Their relationship becomes strained when Adam starts to fall for Emma. Now the film has a good supporting cast brewing up with Greta Gerwig, Kevin Kline, Ophelia Lovibond and Ben Lawson all part of this.

Gerwig will be playing one of the brainy friends of Emma. She can really do better than this but the story looks really uncomplicated. It might end up sad in places if I had the film in my hand. Kevin Klein on the other hand will be playing the father of Kutcherâ€™s character. The script is written by Liz Meriwether and there have been loads of rewrites. Greta Gerwig will bring in the weird cinema goers for this one.