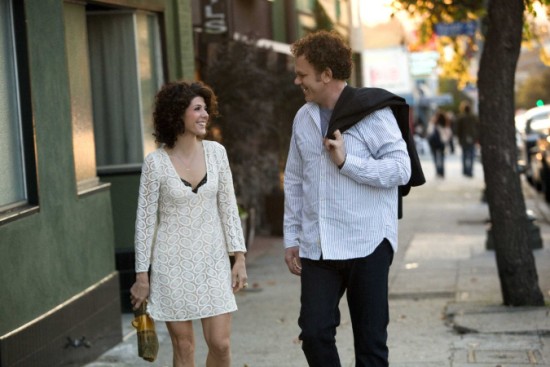 Duplass Brothers getting ready for Jeff Their last film Cyrus has been generating a lot of good buzz. But they are still mostly obscure even after being in the industry for so long. They have just made 3 features and Cyrus was released early this year in Sundance and has already garnered some good praise.

They were part of the mumble core movement. But now they have kind of disowned it after a lot of association. Now the genre has turned into an artform. Now they are all set to direct another film called Jeff Who Lives at Home which has Jason Segel and Ed Helms starring in the film.

Now couple of interesting woman are part of the cast now Susan Sarandon and the great Judy Greer, who always stole every scene she was in during her Arrested Development stint as the crazy character Kitty.

Segel is also a pothead and it will be formed around a stoner quest comedy. I have sort of getting tired of these kinds of films. Where the drugs are taken too lightly and with no consequence that it is sad. There needs to be some level of subtext to make viewing this anything more than what I have read before or watched.

Check out the brothers film Cyrus that stars John C. Reilly, Marisa Tomei and Jonah Hill in the summer on July 9 th. This will give you a taste of what the brothers are capable of.