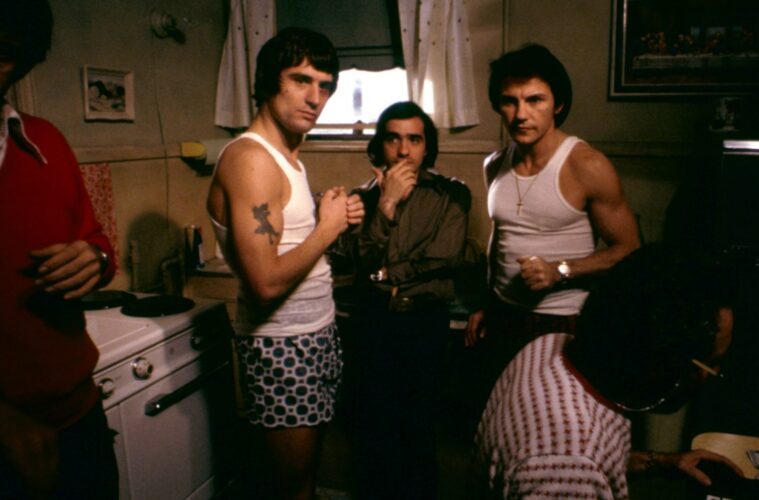 “It’s all bullshit except the pain. The pain of hell. The burn from a lighted match increased a million times. Infinite. Now, ya don’t fuck around with the infinite. There’s no way you do that. The pain in hell has two sides. The kind you can touch with your hand; the kind you can feel in your heart… your soul, the spiritual side. And ya know… the worst of the two is the spiritual.”

Where is all this pain coming from?

Why is this pain so significant to the development of these characters?

Martin Scorsese just hit the side of a totally cracked hollow man. A man who has felt his turn into evil come so close to his own death, that he just feels like he needs to go there as many times as possible. He is more of a force that really doesn’t know where he might end up with all the stuff, which has been building in his head through the ages.

To tell you the truth the first time I saw this movie, I was not sure what to think of it. But really it was on the second glance; various pieces of what Scorsese wanted to show started to hit my head, through a series of daydreams. He certainly made a film that was filled with expression, not really wanting anyone to take anything from it. He was pulled by the decadence of the society, which he was growing around. He was angry with all that happens with just the turn of a wrist and pulling of the trigger.

Harvey Keitel who plays Charlie is the man in question over here; he has sort of lost his way around the world. But he is only aware of this in his subconscious. He seems to be oblivious of the danger that can be inflicted by his friend Johnny Boy. He wants us to see his life, but at the same time he is not sure how far can he go on with this. It is in these shots of loneliness and manipulative happiness, that we see an uncommon human spirit that is daring yet unflinching. Martin Scorsese is, one of the truest voices of cinema, living. He loves to work with a palette splashing images of style and slow motions so that the audience is really sucked into the voice over of the devilish protagonist. He is a person who is truly in love with the images he projects on screen.

His use of various motifs of great cinema makes us explore the several films, he loved as a child. A narrative that is really not going anywhere and a plot that is almost slapped on each of characters face is some of the traits that Marty seems to develop through the years. Unlike his peer Clint Eastwood who concentrates on the story Martin works so hard on the environment where the actor has to stand how the place smelled when he walked into it? These are questions that sort of dog him as a filmmaker. But it is only time before the whole world begins to question the violent imagery that reverberates through each of his movies.