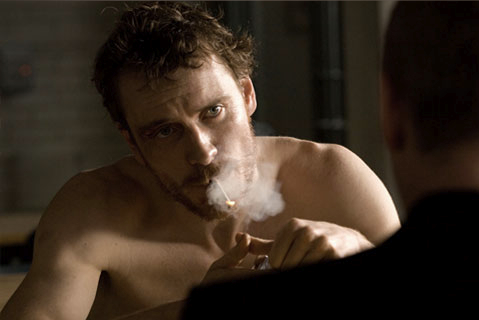 On May 5, 1981 Bobby Sands became the first of ten men to die in the hunger strikes of the H.M. Prison Maze in Northern Ireland.Â  The strikes, which were a response to the British government retracting the political status of paramilitary prisoners, were intended to persuade Prime Minister Margaret Thatcher to return concession of living conditions to paramilitary prisoners.

Hunger, the 2008 film of Steve McQueen (no relation to Steve McQueen of Bullitt and The Great Escape) carefully details the last days of Bobby Sands. A completely objective view of people and their actions is maintained throughout the entirety of the film. Although the historical details of the hunger strikes are certainly of a political nature, the film is not. In fact, The troubles and the constitutional status of Northern Ireland are scarcely mentioned. Hunger is not about choosing sides in a political debate. It is about being human, having certain inalienable rights, and being willing to sacrifice everything for a belief.

McQueen proves himself a master of color, light, and composition with visuals that are unsurpassed by most filmmakers. He allows the camera to linger on its subject, letting the viewer consider the image and its importance. Hunger is not a movie that dwells in a deep story. Instead, it attempts to convey a mood; a feeling; an atmosphere. Each individual shot has a deep significance to the film, and every infinitesimal moment of the film can be viewed as a painting, with the balance and structure of a visual artist.

The film contains very little dialogue. There are only two points in which there is extended conversation. For the most part, Hunger allows silence to do the talking. The ennui of a prison cell, the suffering of a starving man, and the remorse of a reluctant guard are captured not with words, but with a sigh, a gaze, or a hesitation. It is obvious that the dedication that went into making this film was tremendous. The controversial figure of Bobby Sands is presented in a way that doesnâ€™t divide the audience; he is portrayed as neither a hero nor a criminal. To achieve a desired resemblance to the starving prisoner, actor Michael Fassbender dropped from 170 pounds to a dangerously low 132 pounds. The effect is eerily similar to Christian Baleâ€™s weight loss for his role in The Machinist.

I would not find it appropriate to write a review of Hunger without giving a warning to those who may be interested in seeing it. The film is at times very difficult to watch in terms of content. The conditions of the prison are portrayed in startling realism, and the mistreatment of the prisoners ranges from graphic violence to the extreme grotesque.

It is often said amongst writers that a good narrative should be more than plot line. The story as a whole will not work unless each individual sentence grabs at the readers attention. And as a book is a large grouping of sentences, a film is a large grouping of shots. Each shot in a movie should hold its own and should demand the full attention of the viewer. Hunger does just that, uniting its many parts into a cohesive storyline that is simultaneously haunting and beautiful.