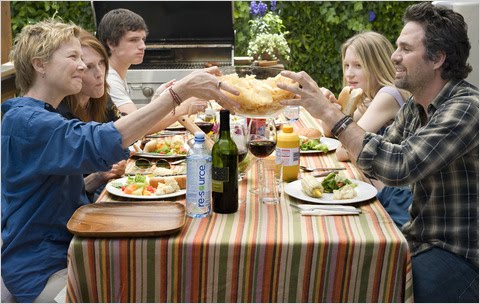 Focus Features picks up Kids are All Right Lisa Cholodenko is known for work on films like High Art and Laurel Canyon. Now she is getting ready for her next release titled The Kids are All Right. This film is one of the most anticipated films of next year.

The film premiered at Sundance to some really good buzz. There has also been a bidding war for the film. Focus Features is almost zeroing in on the film. The film is reaching a bid of around 5 million dollars. Their also getting the details sorted out for the producers and filmmakers.

The Kids are All Right stars Julianne Moore, Annette Benning and Mark Ruffalo. Moore and Benin play lesbian parents whose two children played by Josh Hutcherson and Mia Wasikowska set out to find their sperm donor father and turn their family upside down.

The casting is almost pitch perfect for this film. I think if they handle the sequences well this might turn out to be something unique.