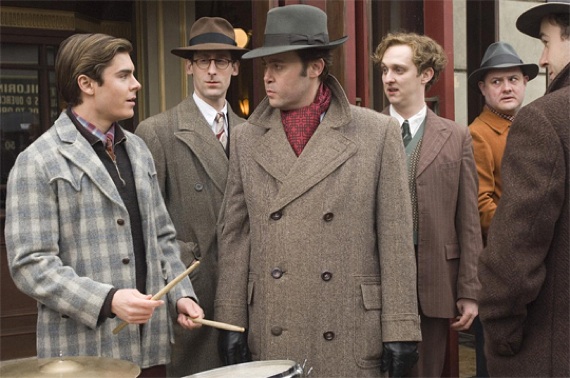 First Look: Zac Efron in Me and Orson Wells

Richard Linklaterâ€™s next film is like a launching vehicle for Zac Efron outside the High School musical territory. It didnâ€™t meet with such good acclaim. But it was a sweet independent film worth the look. But the distributors are using Zac Efron to push this one to the audiences. But can really stars commanding an opening like before. Just the other day there was news that Naomi Watts is one of the most lucrative actors of our times.

But it is really Christian McKay who stole the show by playing Orson Wells in the film. The film is also supported by Claire Danes and some other interesting gems in the cast. Me and Orson Wells is directed by great filmmaker Richard Linklater known for his work on Before Sunrise, Before Sunset, Dazed and Confused, Waking Life and most recently Scanner Darkly. The new film is an adaptation of Robert Kaplowâ€™s novel of the same name. It will be released on November 25 th. I think all of you should make the trip to the theatre for this one.