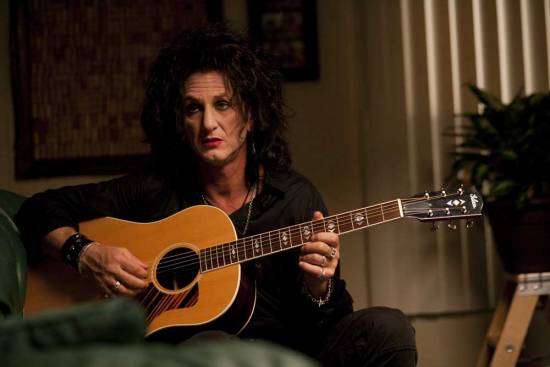 First Look for This Must be the place with Sean Penn The film looks really good and there are some outtakes we have got our hands on for this film. Sean Penn seems to be channelling The Cure’s lead singer Robert Smith. He will be playing an aging musician with big hair, lipstick and eyeliner. The fate of the film will be certain at this years Cannes where it will be in Comptetion.

Check out the clip below and tell us what you think.

Paolo Sorrentino is known for his unusual way of directing films. The film will have Sean Penn looking out for a one time Nazi who tortured his father. The video looks quite good. The footage features music from a fictional band with Sean Penn in the lead.

Cheyenne is a wealthy former rock star, now bored and jaded in his retirement in Dublin. He travels to New York to reconcile with his estranged father during his final hours, only to arrive too late. After learning the true extent of his father’s humiliation in Auschwitz at the hands of formet SS officer Aloise Lange, Cheyenne begins a journey across America to track down Lange, who is now hiding out in the US.

The film has been scored by David Byrne and Will Oldham had a hand in the soundtrack of the film. The film also stars Frances McDormand, Judd Hirsch, Harry Dean Stanton, Shea Whigham and Kerry Condon. Tell us if you want to see more of this.