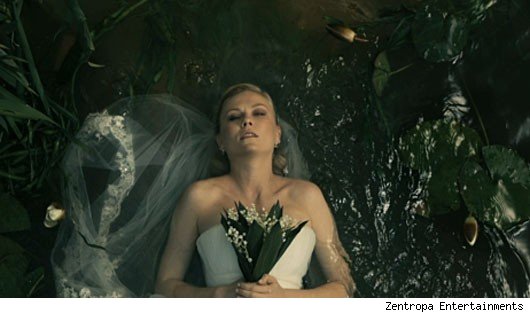 Trailer Watch: Melancholia faces the End of the World Lars Von Trier feels like he wants go mainstream with his new End of the World film. The film features a strong star cast with the beautiful Kirsten Dunst and she will be joined by Kiefer Southerland, John Hurt and Charlotte Gainsbourg.

Melancholia from Zentropa on Vimeo.

The film is set during the marriage of Justine played by Dunst to Michael played by Alexander Skarsgard, but while small domestic dramas are playing themeselves out, a mysterious planet is also making its ominous way towards earth.

The film looks like Lars Von Trier is still high on the seminal work by Tarkovsky. He is trying to get the apocalypse right this time around. He will be showcasing this film once again on his infamous banner Zentropa. Lars Von Trier has called this film as being about two sister and a planet.