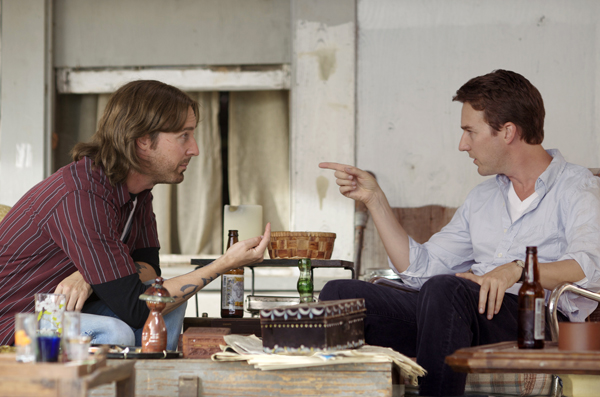 Edward Norton plays a double role in this comedy about twin brothers with totally different agendas. The film is directed by Tim Blake Nelson and is also written by him. Tim also has a starring role in the film. Edward Norton plays an Ivy League philosophy professor and a small time pot grower in Oklohoma.

The trailer is a very early look into the world of the film. But you can get an idea where they are trying to go with this one. The film was released in Toronto film festival.

An Ivy League professor is lured back to his Oklahoma home, where his twin brother, a small time pot grower, has concocted a simple scheme to take over a local drug lord.

The film is still looking out for a distributor. But the chance of the film coming out this year is really slim. The film also stars Susan Sarandon.