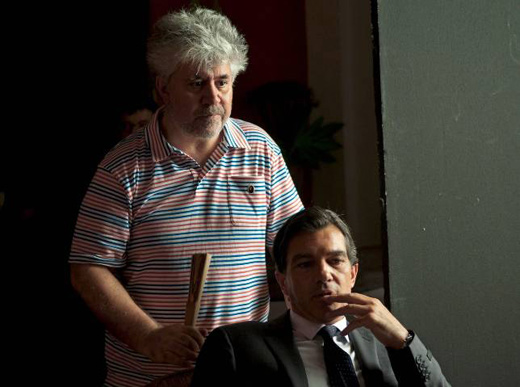 Final Cast and set visit of The Skin I Live In 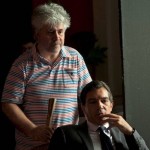 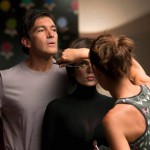 Pedro Almodovar goes back to his roots in his next film by casting Antonio Banderas and new comer Elena Anaya. Elena is a new comer to Pedro’s films, but she has been around for a while. It is a film, which will concentrate on some really dreary situations unlike his last film. Broken Embraces was more of a film to get Pedro out of his self induced block.

It is a revenge picture and based on a book by crime novelist Theirry Jonque called Tarantula. The film is essentially about a plastic surgeon’s revenge on the man who raped his daughter. Here is a small synopsis of the book.

Richard Lafargue is an eminent plastic surgeon haunted by dirty secrets. He has an operating theatre in the basement of his chateau and keeps his partner Eve imprisoned in her bedroom, a room he has equipped with an intercom and 300-watt speakers through which he bellows orders. Eve is only allowed out to be paraded at cocktail parties and on the last Sunday of each month, when the couple visit a young woman in a mental asylum. Following these outings, Lafargue humiliates Eve by forcing her to perform lewd sexual acts with strangers while he watches through a one-way mirror. In alternating chapters, Jonquet introduces seemingly unrelated characters: a criminal on the run after murdering a policeman, and an abducted young man who finds himself chained naked in a dark chamber, forced to endure all manner of physical torture at the hands of a mysterious stranger, whom he calls Mygale, after a type of tropical spider. All of these characters are caught in a deceitful web, doomed to meet their fate.

Pedro has reworked the script nine times so very little is left of this synopsis above. The film will star Marisa Paredes, Jan Cornet, Roberto Alamo, Blanca Suarez, Eduard Fernandez, Jose Luis Gomez, Barbara Lennie, Susi Sanchez, Fernando Cayo and Teresa Manresa. Pedro will be teaming up with his regular people like Alberto Iglesias, Jose Luis Alcaine on the camera and editor Jose Salcedo. The film will be shooting throughout Spain for 11 weeks. It is expected to hit Cannes next year.