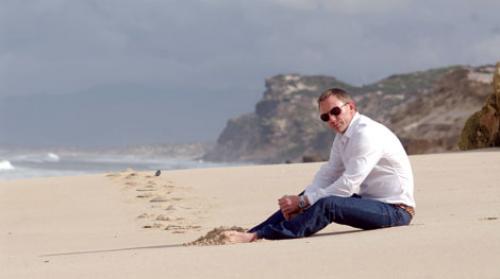 There was a little confusion after the studio demands for reshoots after seeing the footage at a test screening in July. The problem arose when Daniel Craig already signed for David Fincher’s film The Girl with the Dragon Tattoo.

He is also part of the cast of Jon Favreau’s comic book adaptation Cowboys and Aliens. So his slate looked full for the whole year. There will be a production break on Dragon Tattoo where he can complete most of the shooting for the film.

Dream House follows the story a successful New York publisher played by Craig who moves with his wife and children to a New England town, where they buy the home of their dreams. That dream, however, is shattered when they learn that the previous tenants were murdered leading the husband to team with a neighbor played by the beautiful Naomi Watts to learn the truth about the crime. The film still sounds really commonplace. What will matter is the treatment of the film.

The script is based on David Loucka who has not really worked on any big projects till now. Jim Sheridan is known for his work on films like My Left Foot, In the Name of the Father and In America. He really needs to get his act straight this time round.