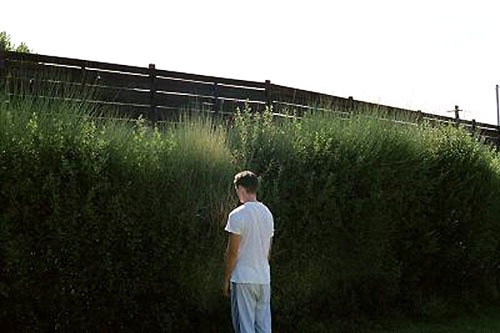 Dogtooth is out with a trailer Yorgos Lanthimosâ€™ glimpse into the human psyche certainly got many of the judges at the Cannes stirring. His approach to family drama has come with its unparallel controversies. But this year was wrought with so many spooks like Anti Christ and Brilliante Mendoza relentless effort at cinema. Dogtooth unlike these films has found more solid reasoning as a premise.

The film itself will be difficult to watch without covering ones arms. The directorâ€™s mastery over all things harrowing is something to comment on. The film shreds the areas of reality by taking up newer imaginative set pieces. This certainly is a searing effort on the part of the director by not telling us where he got these mindless games.

It tells the story of three teenagers sheltered in their house by their father. Their world revolves around this house. Their thoughts are created among themselves. The only member of the family who seems to go outside is the father. But his controlling ways has disrupted the sanctity of the whole singular unit. The children seem to live in totally imaginative world creating their own language of sorts. But are not sure of what they are here for.

The film reaches levels The War Zone tried to fathom with greater ease. The sex seems to seep through the whole household. It reaches a point of return and like Albert Camus would say brute revolution. The trailer is taken from the Twitch, who also has an excerpt from the Tiff synopsis, to give you an insight into the madness of this film. Please look at the trailers and give us your questions on morality after the jump.

You need to be above certain moral age to watch this.