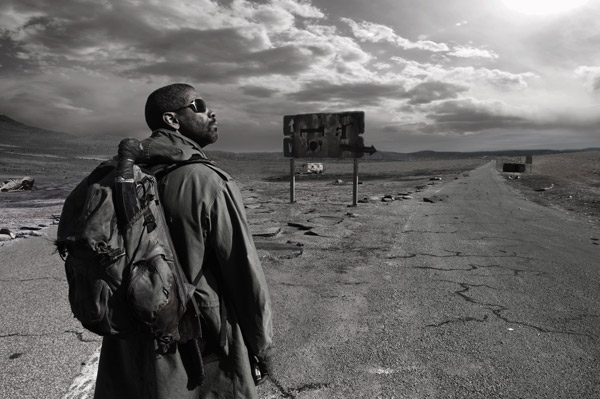 Denzel Washington kills all in Eli The next trailer for The Book of Eli has debuted on the net. Once again he is on a rampage. The trailer is more of an extension of what we saw in the last trailer. Denzel Washington is no mood to be put down by all the creatures surrounding him.

But in this version there is also a showcase of the other characters in the movie. Mila Kunis is seen in action playing the character Solara. The film is directed by the Hughes brothers. It tells the story of a character Eli traveling through the post apocalyptic wasteland of America. He seems to be protecting a book that holds the key to the survival of the human race. Then he encounters Gary Oldman character that is bent upon possessing the book.

The action seems to be a little loose ended. But I think the presence of Denzel Washington and Gary Oldman will make this an interesting watch. Mila Kunis could turn out to be a weak link in this film. The film also stars Jennifer Beals, Ray Stevenson, Malcolm McDowell, Michael Gambon and Tom Waits.

Tell us what you think of the trailer.