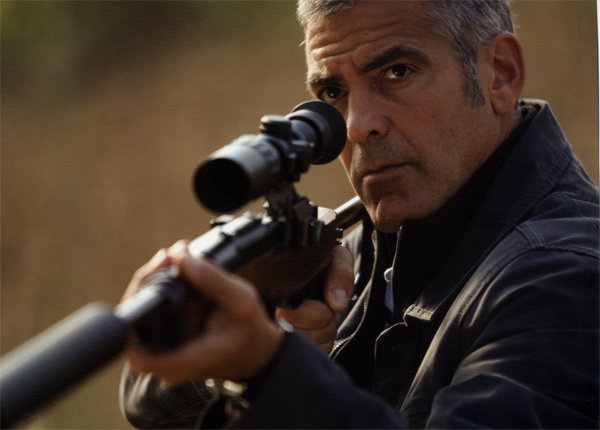 George Clooney couldnâ€™t really get his campaign this fall to a flying start. His first film of the fall was Men Who Stare at Goats. I guess it will take some time for him to get it right. But he does have the seasonâ€™s most critically acclaimed movie coming Up In The Air. So that is something we can look forward to.

But next year he has got his hands full with a sniper gun in The American. This is surely going to be classic. In the film George Clooney plays a sniper assassin. He plays an assassin with an amazing track record; always in a state of paranoia. But when an assignment goes wrong and a lover ends up dead, he vows that his next job will be his last.

His next assignment takes him to the picturesque Italian locals with some beautiful piazzas bursting with life. But to Jack every location is a potential threat. He also sort of basks in the beauty of the city and gets involved with a strange beauty. But by slowly getting his guard down he gets himself into a little trouble.

Things began to get all foggy when the person he has hired is not all that dependable. The film then delves into the mind of this man and leaves us with interesting pallet of action, intrigue and passionate romance. This is just perfect for George Clooney more like a slower version of the Bourne series. Anton Corbijn of the Control fame will be directing the film.