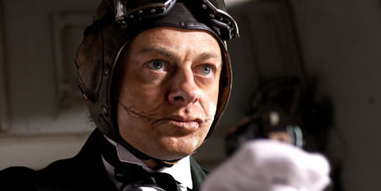 Andy Serkis to star in Burke and Hare David Tennant was said to join Simon Pegg in John Landisâ€™s upcoming movie Burke and Hare. But alas David Tennant was replaced by Andy Serkis. Andy is known for his work as Gollum in Lord of the Rings and as King Kong.

Burke and Hare tells the true story of Irish immigrants William Burke and William Hare, who murdered and sold the corpses of their 17 victims to the Edinburgh Medical College for dissection.

Simon Pegg just informed people through twitter that David Tennant had dropped of the project. Simon Pegg said â€œDavid Tennant had to drop out of the film but by sheer glorious serendipity a legend of Middle Earth and Skull Island has come aboard. Welcome Andy Serkis.

The news has really been confirmed by the studio. But Simon Pegg wishes to have him in the film. This will be something of a first for Andy Serkis but I think he will be able to handle it.