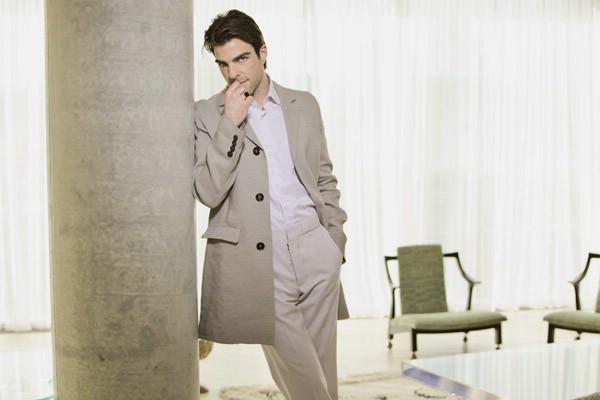 After his success in the Star Trek Franchise, Zachary Quinto has just been called on to play George Gershwin in a biopic on the musician. The film will be written by Doug Wright who last wrote for Memoirs of a Geisha. Steven Spielberg has shown some signs to direct this film. So everyone wants speculate whether Spielberg will take up the job.

Zachary Quinto has already been hired to play the famous composer, and has even supplied with accent and dialogue coaches to help him prepare for the role. Now it is only upto Steven Spielberg to sign on the dotted line for this one.

The post production of the Star Trek sequel is expected to start only by 2011. So this will be a good time for things to really start happening for this biopic. George the composer is known for his work in more than dozen Broadway Shows. Most of his work was collaborating with his elder brother Ira Gershwin who passed away at the age of 38. He was diagnosed with a malignant brain tumor known as glioblastoma multiforme. George Gershwin was known to be the wealthiest composer of all time.