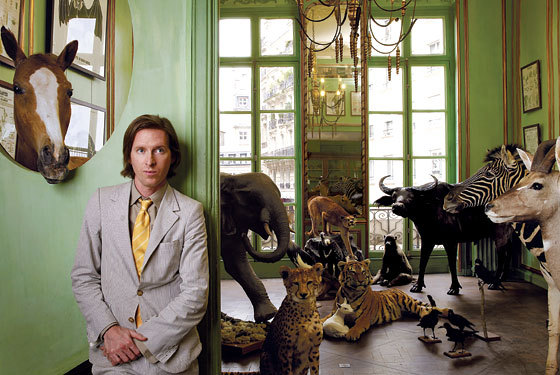 Wes Anderson has almost explored possible element in the last couple of years. His last film took to him India where every moment was taken as revelation. Darjeeling Limited is an unforgettable movie.

Wes Anderson has told AccessHollywood that he plans to do a movie in space. His new film is all set to release which is an animation based on Roald Dahl book. He also said that if possible he would like to shoot in real location; virtually impossible.

He also stressed the fact that his next film will not be an adaptation. “The next thing, I have an idea for something that’s just my own,” he said. “But I would like to do more adaptations. It’s nice to reach a point in the story and say, ‘What happens in the book?’ and you can just look in that and get your answer.”

The other reason for adapting Fantastic Mr Fox was the adult themes he explored before this. He wanted to get away from them and make something that kids will be relating to. “Some of my favorite children’s films are ones that I still like to watch myself,” he said. “It’s a children’s film, it’s based on a children’s book that I’ve loved all my life and it’s talking animals. But I do think it should work for all ages.” Fantastic Mr Fox is the second time he has collaborated with Noah Baumback, who co wrote Life Aquatic. But he want to go back writing a script with Owen Wilson once again. “Yes,” he said, blaming the star’s schedule for their lack of recent collaborations. “Owen is not always available. He’s very busy being a full-fledged movie star.”

But the star of Mr Fox George Clooney is another big star that is having like several movies lined up. Wes jokes “Not much we can do about that.” “We’re the only animated one.”