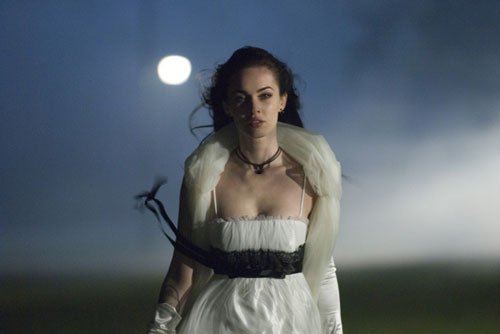 Apple has just released third trailer for Jennifer’s Body. Some of you might be disappointed because this is not a Red Band trailer and it seems to have almost the same scenes as the red band trailer minus the restricted scenes.

So, its not much of an improvement from the previous trailer. Everyone knows its got Megan Fox and I guess thats enough for marketing the film. If Diablo Cody has made a decent script, then atleast the movie will be worth a watch (not that Megan Fox is not worth watching), as its a big leap from an Indie film to a bloody evil minded flick, when most horror flicks are mindless with story lines recycled more often than not. For all you Megan Fox fanatics, feast on this new trailer.