Ridley Scott makes a lot of noise with his new trailer of the Robin Hood. Robin Hood is surely going to be the most anticipated movie in years with their last collaboration Gladiator was a massive hit. So to see Russell Crowe and Cate Blanchett in the same frame is something of a marvel.

The film also stars the immensely talented Mark Strong, William Hurt, Kevin Durand, Alan Doyle and Scot Grimes. Here is the trailer the synopsis can be viewed below the trailer.

The story is filled with legend. In 13 th century England, Robin Hood and his band of marauders confront corruption in a local village and lead an uprising against the crown that will forever alter the balance of world power; And whether thief or hero, one man from humble beginnings will become an eternal symbol of freedom for his people. 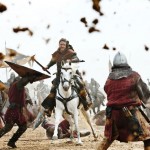 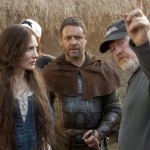 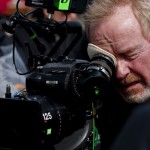 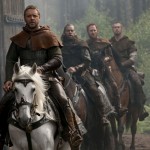 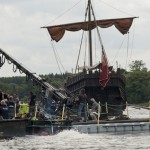 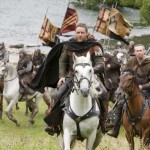 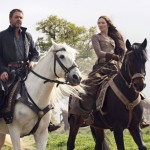 Robin Hood will lead a life of self preservation. Upon Richardâ€™s death, Robin travels to Nottingham, a town suffering from the corruption of a despotic sheriff and crippling taxation, where he falls for the spirited widow Lady Marion, a woman skeptical of the identity and motivations of this crusader from the forest. Robin with the help of some of his mercenaries wage war with the cost of their lives at stake. They begin to loot the rich and give back to the poor.

So these men try to salvage their country from a civil war. They try to bring back the old glory to England once more. Robin Hood will release around May 14 th 2010. It will bring back some old glory for Ridley Scott and Russell Crowe.