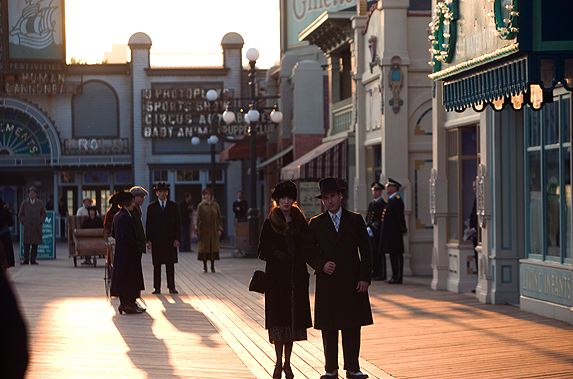 The series written by The Sopranos writer Terence Winter: it is adapted from Nelson Johnsonâ€™s book titled Boardwalk Empire: The Birth, High Times and Corruption of Atlantic City. This is a film that explores the city of Atlantic City in the roaring 20s.

The series details the life and exploits of Nucky Thompson who is based on the real life person Enoch Nucky Johnson, the boss of the Republican political machine that controlled Atlantic city from 1911 to 1941. The cast is headlined with Gretchen Mol, who plays a showgirl involved with Nucky; Dabney Coleman who plays his mentor and Omar Little from The Wire playing somebody named Chalky White.

The first episode for the series will be dated on Jan 16 th 1920. I really canâ€™t wait for this to happen. It will be the day Prohibition took effect. The show looks like a world that Martin Scorsese is familiar with in movies like Gangs of New York and Age of Innocence.

Here is the teaser trailer for the series.

The series will star this fall.