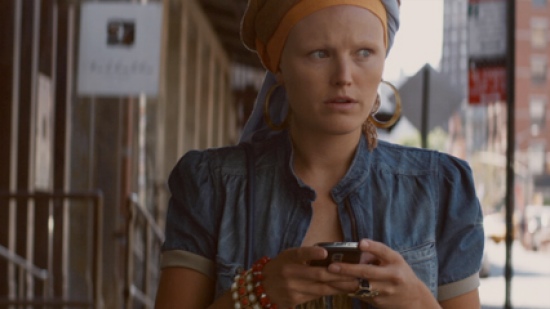 Some pics of Malin Akerman in happythankyoumoreplease Josh Radnor who is known for his work on the How I Met your Mother series just recently got into directing a movie. His film also got short listed as one of the 16 films to be showcased in 2010 Sundance Film Festival. The film is written by Radnor also and it is a dramedy telling the story if six New Yorkers who negotiate love, friendship and gratitude at a time when they are too old to be precocious and not ready to be adults.

Radnor has been writing this script for ages now. He wanted film this year ago but he didnâ€™t really have the time to rap this up. Finally during the series hiatus he made sometime to do the last touches to the film. Radnor will also star in the film with whole bunch of Hollywood who is who. Malin Akerman, Kate Mara, Zoe Kazan, Tony Hale, Pablo Shreiber and Michael Algieri are all part of this cast. Akerman will play Annie a woman with a condition called Alopecia Universalis which doesnâ€™t allow her to grow hair. You can also read an official synopsis and some images are also featured before the synopsis. Check them out and tell us what you think. Six New Yorkers juggle love, friendship, and the keenly challenging specter of adulthood. Sam Wexler is a struggling writer whoâ€™s having a particularly bad day. When a young boy gets separated from his family on the subway, Sam makes the questionable decision to bring the child back to his apartment and thus begins a rewarding, yet complicated, friendship. Samâ€™s life revolves around his friendsâ€”Annie, whose self-image keeps her from commitment; Charlie and Mary Catherine, a couple whose possible move to Los Angeles tests their relationship; and Mississippi, a cabaret singer who catches Samâ€™s eye. Written, directed, and starring Josh Radnor (CBSâ€™s How I Met Your Mother), happythankyoumoreplease boasts a wryly funny script and engaging performances from its ensemble cast. With honesty and humor, Radnor captures a generational momentâ€”young people on the cusp of truly growing up, struggling for connection, and hoping to define what it means to love and be loved.