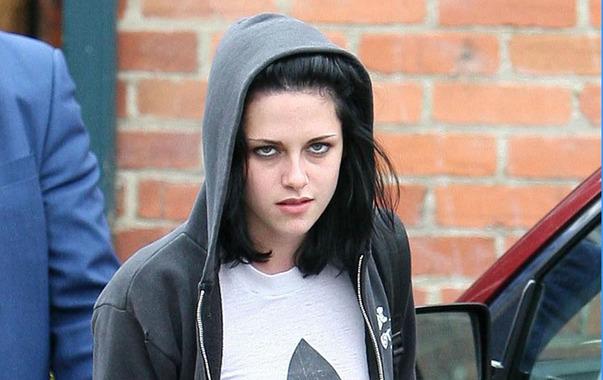 Kristen Stewart has been taking some really strong roles outside the Twilight zone. She probably is tired of seeing herself as Bella almost everywhere. She has done several small independent films that make her look astonishing. This year there was Adventureland which was just beautiful. Another movie that is coming close to release is the The Yellow Handkerchief.

Nobody knows what the movie is about. But it seems hinting at a lot of alcoholism and domestic violence. There are also a couple of kids who are drifters. They plan to travel around with a man who reluctantly is in search of his wife. Kristen Stewart one of the few actresses who is not bogged down by all the fame coming her way: She might just turn into the Leonardo DiCaprio of this decade. The film also stars Maria Bello, William Hurt and some other guy.