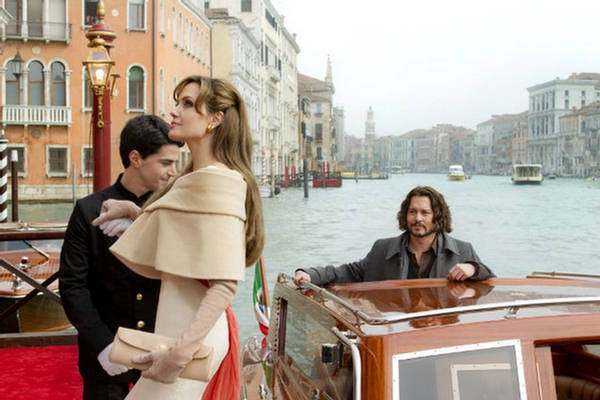 Johnny Depp seems to be a little out of place in this one. He is probably working on that for this new film. He will be seen for the first time alongside Angelina Jolie and the two will be romancing each other and putting the two of them in trouble.

The Tourist is expected to be big box office smash and is a remake of a popular French film. The film is directed by the man behind The Lives of others. You really begin to feel sorry for the guy.

The story is about an American tourist who is used by an English woman in an attempt to flush out a criminal with whom she once had an affair.

The cinematography is really something to watch out. But the film will be a forgettable experience.