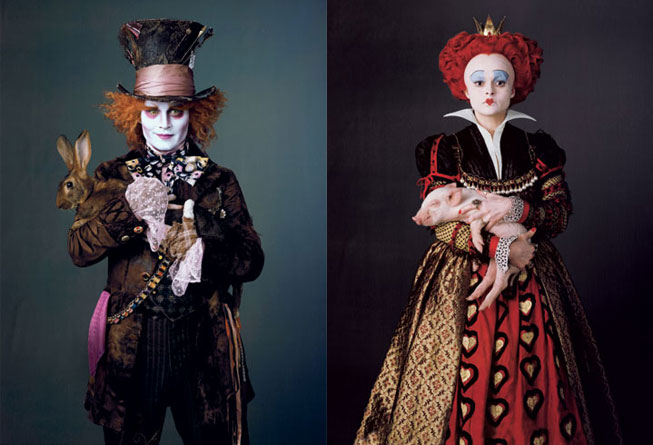 In this trailer various other characters can be seen like the White Rabbit, Tweedledee and Tweedledum, the Dormouse, the Catepillar, the Cheshire Cat, and Mad Hatter. The audience went crazy when they saw Johnny Depp as the Mad Hatter. Alice embarks on a journey to find her true identity and end the Red Queenâ€™s Reign of terror. The film also has some amazing supporting cast in the form of Michael Sheen, Anne Hathaway, Helena Bonham Carter, Crispin Glover, Christopher Lee, and Stephen Fry.

Check the trailer out and just give a shout to Johnny Depp.