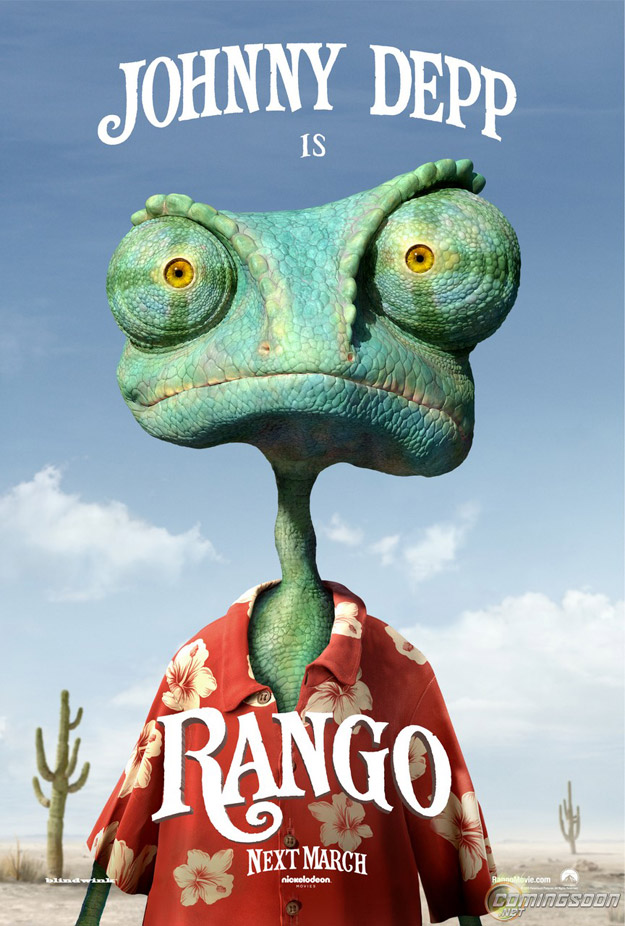 Rango actually looks amazing. The presence of Johnny Depp has done the trick for this film. He seems to be playing a variation of the character he played in Fear and Loathing in Las Vegas. He seems to have also borrowed from that closet. The first trailer gave nothing at all to the fans. But this one shows us the scope of this film.

The used of the technology has really captured some of the quirky expressions Johnny Depp is famous for. Unlike the first teaser the trailer progresses quite well actually. The film shows a Johnny Depp as a chameleon with an identity crisis.

The cast includes some interesting people like Isla Fisher, Abigail Breslin, Bill nighy, Stephen Root, Ray Winstone, Beth Grant, Ned Beatty, Harry Dean Stanton, Alfred Molina and several other small people. The film is expected to hit theaters next year in March. So there is going to be a long wait for this one.