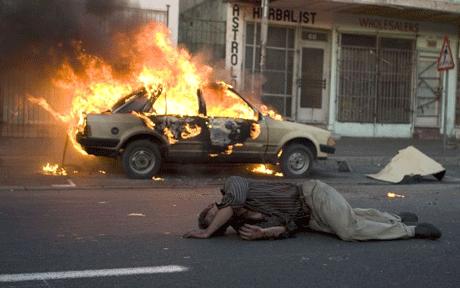 There are very few films that show the true nature of conflict. I remember watching Syriana long back and saying to me this might change the whole political scenario of the country. But nothing really happened after that for a long. America has been going through a phase of some horrible films being distributed loads of films getting re shot and total lack of understanding of the medium.

Vantage Point was one of the films that came during this time which was truly horrible. It made a huge impact on the audiences. Now the director of that film Pete Travis has worked on EndGame. A film where Chiwetel Ejiofor plays Thabo Mbeki only the second president following the countryâ€™s long established policy of apartheid. The president comes out and says that he is a terrorist.

The trailer is a beautiful piece of work. It heightens the emotion and the action to a high degree. You got helicopters flying around, explosions and a lot double crossing. This might just be the perfect mix for a hit. There is whole lot of chaos in this trailer to make people come running to the theatre for this one. Here is the trailer