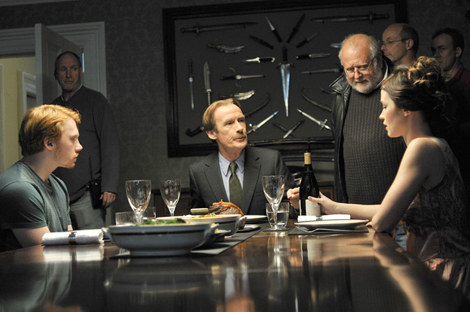 Now for all of you who thought that an action film cannot be funny and still interesting here is Wild Target. Bill Nighy is someone who can make this genre work for everyone. His work in several movies like Love Actually and the Pirates series has really gotten him noticed. There is also another film which really didnâ€™t get a good release that was A Girl in the CafÃ©.

Pair Bill with Emily who is an equally great actress what do you get? It will just turn hilarious. Emily Blunt has done great performances ever since her very first on in My Summer of Love. So this will be a really good combo of talent. Then there is an interesting supporting cast in Rupert Grint. He has been taking up some really small independent roles in the last couple of years. This is a good sign of where he will want to go after amassing a fortune in Harry Potter franchise as Ron.

Wild Target is a remake of a dark French comedy called Cible emouvante and follows a lonely middle aged hitman played by Bill Nighy who is asked to kill a con woman played by Emily Blunt after she rips off mob boss Rupert Everett. This casting is just getting better. But the assassin has a change of heart and runs with her and a delivery boy played by Rupert Grint who becomes his apprentice.

Once again this fits into a really good formula for success. But it is the way situations play out that will matter in the end. The film is directed by Jonathan Lynn who is known for his work on silly films like Clue, The Whole Nine Yards, Nuns on the Run and Sgt. Bilko. The trailer is awful but it might just be playing the bad parts from the film. Hopefully some of the good footage pans out in the film. The ilm is expected to hit theaters on June 18 th in the UK.