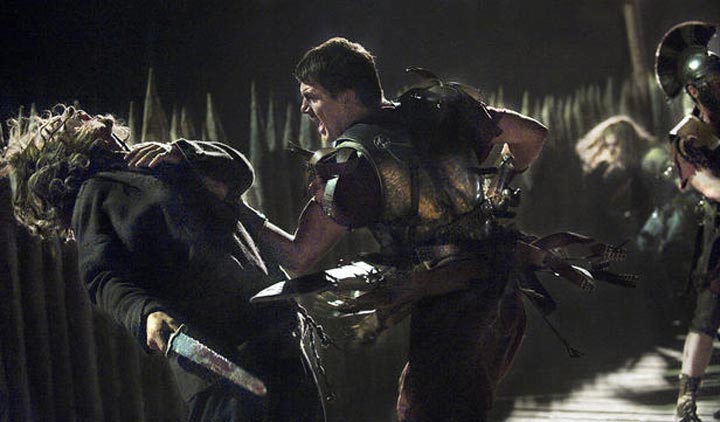 The Eagle is another Channing Tatum that will be a little off putting for haters of the actor. He seems to be acting better in this one. The film was originally called The Eagle of the ninth, starring Channing Tatum, Jamie Bell, Mark Strong, Donald Sutherland and our favorite Tahar Rahim. This is the next film directed by Kevin MacDonald, of Last King of Scotland and State of Play, and is set in Roman ruled Britain.

Tatum plays a young soldier who endeavors to honor his father’s memory by finding his lost legion’s golden emblem. It looks quite good, but they have done weird things to Tahar Rahim and he has been game for it.

The film is set 20 years after the disappearance of the entire Ninth Legion, young centurion Marcus arrives from Rome to solve the mystery and restore the reputation of his father. He is accompanied by his slave Esca played by Bell, Marcus sets out across Hadrian’s Wall into the uncharted highlands of Caledonia, to confront savage tribes, make peace with his father’s memory, and retrieve the lost legion’s golden emblem. The film will be hitting theaters on February 25 th.