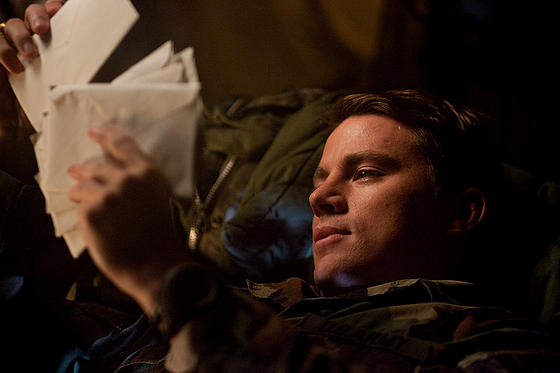 Channing Tatum has signed on to star in Love and Honor and plans to destroy another great biopic. The film will be based on the life of Catherine the Great and will be written and directed by Randall Wallace. Tatum will play American soldier Kieran Selkirk, recruited by Benjamin Franklin to convince the Russian Empress not to join the British in war against America.

This sounds like a perfect foil for the actor who will have to survive savage terrain, starving wolves, secret assassins, marauding Cossacks, a court of seductive young women, and even a dramatic romantic face-off with the legendary Tsarina herself.

There is still no word on who will play Catherine, but an offer is out to Anne Hathaway to play Beatrice, servant to a Russian princess and love interest to Selkirk. Wallace is adapting his own 2005 historical fiction novel of the same name.

The author of the book will have nightmares after hearing news on the cast of the film. It will be hopefully something to look out for in the next couple of weeks.