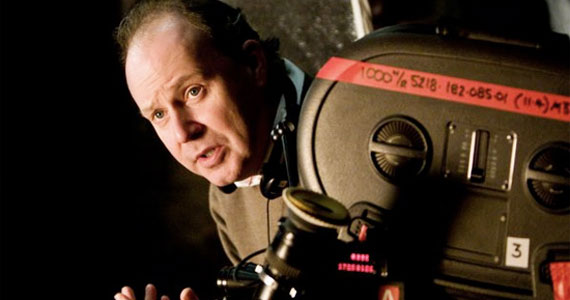 David Yates can finally breath a sigh of relief after finishing his work on the biggest blockbuster of all time. David Yates can really do anything now. The studio is also really satisfied with his work as well. Warner Bros still has The Hobbit films coming up soon. But now with Harry Potter done with and The Dark Knight Rises also about to end their biggest filmmakers are off on their own.

Yates has been linked with Cicero. It will be a gangster film and will have some interesting elements as well. Tom Hardy is now in talks to play Al Capone in the film. The film will be written by Walon Green and will be in line with recent gangsters movies like Public Enemies, Little Caesar and Angel with Dirty Faces.

The story focuses on Al Capone’s rise to power movie from the slums of Brooklyn to the top of the food chain in prohibition era Chicago. Hardy is also in the running to work on Mad Max: Fury Road. There is also a chance of developing this movie into a trilogy. They want the film to begin shooting before Hardy goes to Australia next spring.

Yates is also on the lookout for another project called The Stand an adaptation of Stephen King Novel. So there will also be some more projects that the director will also look at like Fables based on the graphic novel that has a story set in Fabletown of the Upper West Side, and following the Big Bad Wolf, now a reformed Sheriff, as he investigates the muder of Snow White’s party girl sister. There is also a chance that David Yates might take on the adaptation of This is Where I Leave you by Jonathan Tropper. The story is about the Foxman family coming together after the patriarch dies, with old wounds and grudges coming to the fore. So this will be something that director will be familiar with. Yates will have to choose wisely after the burden of Harry Potter over him finally. Tell us what you think of these choices for the director.