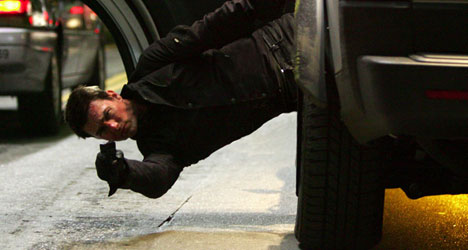 Tom Cruise will be back in MI 4 His career is all about over but is there a shred of hope or he wants to get himself killed playing Ethan Hunt once again in the popular franchise Mission Impossible 4. Will the studio invest the same amount of money they did when the second one was out. This is certainly going to be a huge risk for the actor whose career hangs by a thread.

There have been conflicting reports on whether Mission Impossible 4 will get made or not. But after the recent fiasco over the sequel for Bourne it was not certain if they would go on with this one. But it has been confirmed that Tom Cruise will return in the new film and might just play a small part in the film.

So there is a possibility there will be some new talent brought on for this one. But it will certainly include Tom Cruise. They could also follow the TV series more closely and making it more of a ensemble piece than a star driven franchise.

This is surely welcome news for fans of the series. Brad Bird who probably did one of the best animation films from Pixar Incredibles will be helming this one. He has already signed on for this so this will be something to look out for.