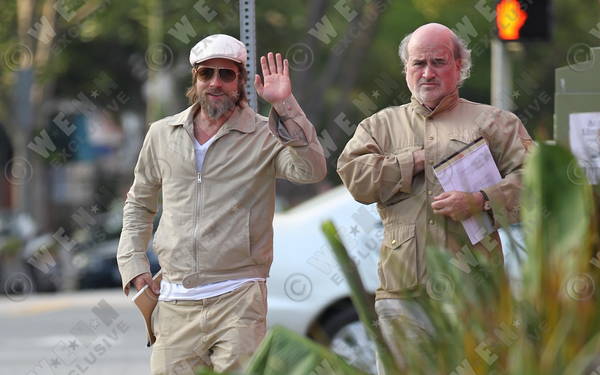 People have officially lost it after they saw a picture of Terrence Malick after years of escaping from the media. Terrence is seen walking around LA along with Brad Pitt. But nobody is certain if this is really him.

The image is found on WENN and it is pretty authentic. If you look at some of the old images of Terrence Malick there is actually a correlation.

The two of them are probably working on the final stages of the project. Brad Pitt will probably wait a life time to be directed by Terrence Malick now. The film in question is Tree of Life. It has been in the making for couple of years now. It was said to be released during the recently concluded Cannes Film Festival but a lot of the post production was remaining.

It is just great to see Terrence Malick after all these years.