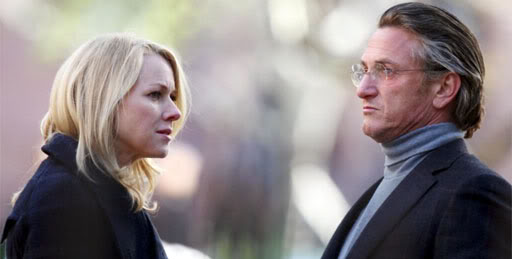 Doug Liman has been on work for the last couple of months on Fair Game. It is political dramas that will set some peoples pulse racing. There was a recent screening of the film and loads of people were talking about the absolute nature of the film.

The film is being called a return of form for the director. Surely with a cast like Sean Penn and Naomi Watts there should be some kind of resurgence. Dougâ€™s last couples of films were just escapistâ€™s fare like Mr and Mrs Smith, The Bourne Identity and the horrible Jumper.

The story line behind Fair Game is about a take on CIA agent Valerie Plame Wilsonâ€™s story. The story has sort been adapted in the 2008 film called Nothing But the truth. The performance in the latter film was really good. But the new film by Liman is a more straight forward approach to the subject. Naomi Watts will be taking up Vera Farmigaâ€™s role in Nothing But the Truth. While Sean Penn will play her husband Joseph Wilson who started a whole barrage of ideas by saying that the Bush administration had manipulated intelligence about weapons of mass destruction to justify the war in Iraq.

Jeff Wells had this to say about the film.

“Really a tremendous, thought-provoking film.Naomi Watts plays … her wonderfully. The story is set up through a sequence at the beginning showing her in action in the field, and in the CIA headquarters being completely dedicated to her job. She loves what she does for her country even at the price the travel and the secrecy puts on her family life.

The film clocked in at roughly 1:50, and paced tremendously well. There was a side-plot they spent a bit too much time on involving an Iraqi family andPlame’s valiant efforts to save them from the invasion, but that was really the only [problem with] the film. Watts is excellent…and Penn is as good here as I’ve seen him. It’s directed by Doug Liman, who did an excellent job of it, and I believe he also served as DP, so kudos to him as I often forgot the camera was even rolling. Truly a wonderful human drama with political suspense that should interest anybody no matter how they vote. 9/10.”

This looks another nomination for Sean Penn. But I would like to see the film for the camaraderie between Naomi Watts and Sean Penn after their last film together 21 grams.