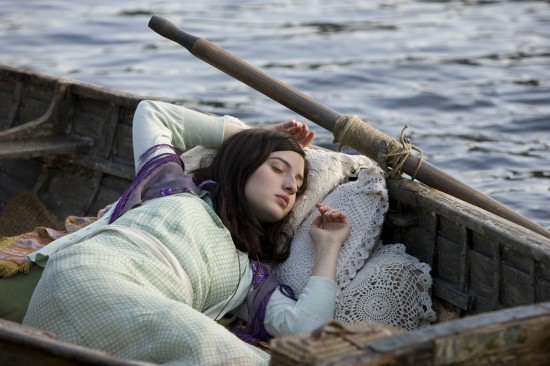 Trailer and stills of Eva Green from Cracks Jordan Scottâ€™s debut film is an adaptation of Sheila Kohlerâ€™s novel of the same name. The film is adapted by Ben Court and Caroline Ip. The film stars vivacious Eva Green as a teacher in an all girls school in 1930s that gets drawn into an inappropriate relationship.

We have already debut a poster for the film. But here are some stills from the film and also a trailer that will make you feel for this film. The film was showcased at the recent London Film Festival to some good fan fare.

Synopsis of the film

In all girls boarding school where the most elite clique of girls are the illustrious members of the schoolâ€™s diving team. Di, Lily, Poppy, Laurel, Rosy and Fuzzie are the envy of their fellow pupils who watch on as girls compete for the attention of their glamorous teacher played by Eva Green. Miss G in turn thrives on the attention she receives from her girls and believes it is her role to teach them the ways of the world. Di is the closest to the teacher but her position is threatened by the presence of a Spanish girl who begins to thrive on Miss Gâ€™s attention. But Di who tries to make things better for her cannot really stop the new found affinity that Miss G has for her new student.